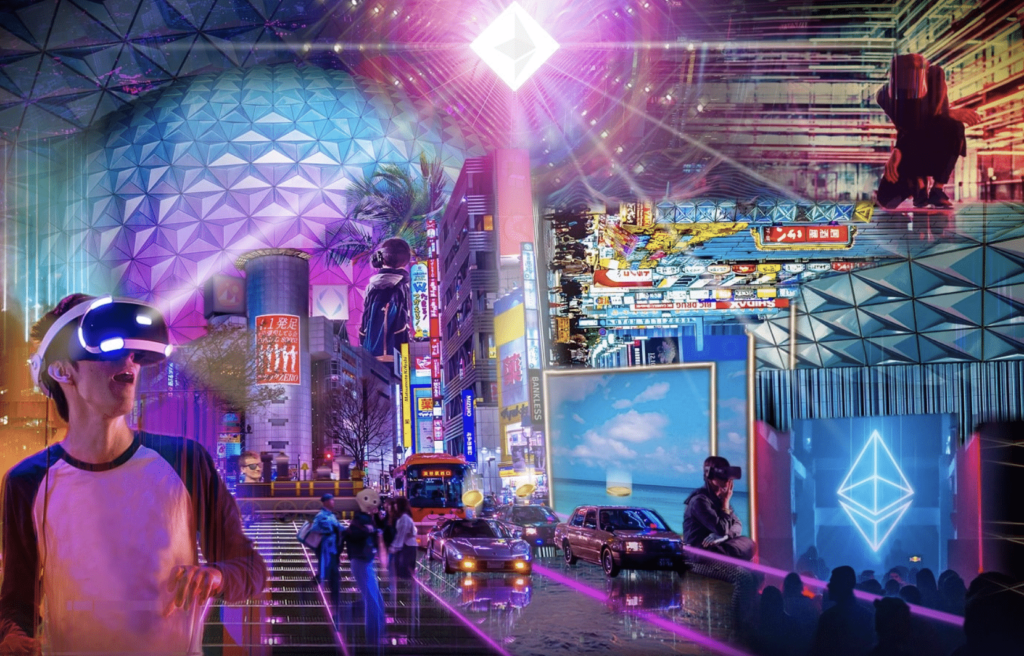 I stumbled onto NFTs like everyone else did, by reading one had sold for ridiculous amounts of money. But, unlike everyone else, I stopped short of dismissing the transaction as just another “internet thing” and decided to delve deeper.

That’s when my journey down the rabbit hole of NFTs, the crypto community, and everything Blockchain started. I was quick to realize that for years there has been brewing an online community, deep in the bowels of the web, where people from all corners of the world, different countries and backgrounds, got together on Discord groups, Reddit threads, YouTube channels, and FinTwitter (Financial Twitter). There, the masses of early (yes, you’re still early) crypto adopters got together to shill (sell) tokens, cryptocurrencies, and NFT projects to each other.

These underground Blockchain societies even adopted their own lingo that they regularly use to describe themselves, their projects, and even their investment positions. HODL or Hold On For Dear Life meant that dying rather than selling was the main strategy for this investor.

It was this lingo and more that opened my eyes to the crypto universe and made me dive deeper into the world of Web 3.0.

Down the Rabbit Hole

After having the idea delicately planted into my mind by a news headline, I further become entranced with the concept of NFTs.

I will admit, at face value and at first listen one would assume that it is the absolute most ridiculous idea known to mankind. The exchange of cold hard currency for an online image. Sounds crazy. But I was persistent in learning more about NFTs and the world of the Non-Fungible.

I first looked at the critics’ side and tried to understand the counterarguments against NFTs. I found that the only argument against NFTs that critics had was the rather self-indulgent, sort of sarcastic, “right-click save” narrative. In fact, a quick Google search, and setting the first image I found of the Mona Lisa as my wallpaper, quickly dismissed that argument entirely.

Once I rid myself of the mainstream skepticism that surrounded NFTs I realized that such a narrative was not only expected, it was actually necessary. Every major, industry-shifting, innovative creation known to mankind has endured a sort of backlash and resistance meant to stop it in its tracks. If it is meant to continue on its legacy in becoming a true full-blown disruptor, it must first go through a hazing of mass ridicule and criticism at its infancy. Just look back at every innovative industry disruptor in history.

The World of the Non-Fungible

So what are NFTs and why are they the future of just about every industry that is willing to utilize this technology?

I will try to explain the concept of NFTs in as simple a way as possible. In fact, you need not complicate yourself and make it difficult. NFTs aren’t difficult. They aren’t complicated. They are, as the naysayers put forth so profoundly, a digital image that you save, own, trade, and store value.

“But who will pay millions for a JPEG image or any other digital image for that matter?”

The same person that would pay exuberant amounts of money for a shredded portrait, or for literally nothing.

“But those pieces of art are from well-known artists, and their pieces have value.”

Ok, but who determines value? Who is to say that the concept of art died with those artists? And that new artists, with new creations, through new mediums cannot start their own new renaissance.

Needless to say, NFTs are not reserved solely for the art world and its artist inhabitants. In fact, the biggest and earliest use case for NFTs, thus far, has not been art, it’s been gaming.

The global gaming industry was valued at $173.3 billion in 2020. It is expected to almost double in 2021 to $314 billion, on its pace to becoming a trillion-dollar industry. How did the gaming industry manage to build itself to become such a powerhouse of an industry whose economy mirrors that of a small nation?

Gaming companies do not solely rely on the revenue that they receive through players purchasing their games. In fact, when you realize and comprehend that the economy of exchanging real-world currencies for digital assets already exists, then the concept of NFTs becomes less peculiar.

The truth is gaming companies’ most profitable revenue streams come from the sales of their in-game assets. Games have entire economies fueled by their diehard players who spend real-world currencies, to the tune of $54 billion for in-game digital assets. In 2025, the market value of in-game purchases is projected to surpass $74.4 billion. These assets include content like weapons, armors, avatars, game updates, and more. Some players even spend money to attend digital concerts inside these games.

The only problem is, even after all these sums of money spent, the players purchasing the in-game content never end up owning any of them. The gaming companies do. This realization produces the profound “Ah-Ha” moment where you not only realize the use case of NFTs but also ask yourself why in the world they haven’t arrived sooner.

With the introduction of NFTs into the gaming industry, players who purchase any sort of in-game asset end up owning that asset that they paid for using real-world money. In other terms, a fair financial transaction. The player now owns this asset, nobody else. It is non-fungible, despite all the right-click saving simpletons out there. The transaction is forever embedded onto a blockchain, which serves as a digital contract, between every buyer and seller. Furthermore, games will only allow the owner of the NFT to use that NFT in the game, nobody else. Again, to the dismay of all the “right-click-save” idiots out there. The owner of the NFT can also then sell this asset later on in the future, in the open market, for a profit, just like you would any other asset.

Considering that gaming is a multi-billion dollar industry and growing, any relatively successful game would have an average of 500,000 to 1 million users. Now also consider that crypto gaming and play to earn has been on a meteoric rise as of late, outpacing the growth of traditional gaming. Once you consider all that, then none of the aforementioned sounds unreasonable or impossible. This does not even begin to mention the concept of Metaverses, which are digital worlds with entire digital economies where users are already buying and selling assets like digital lands for insane amounts of money, and where the owners of these land NFTs can then rent them out for yield, similar to that of real-world land. I told you… rabbit hole.

The world of NFTs looks like it will begin its ascent to mass adoption with gaming being the key to unlocking the mainstream door. However, NFTs will not be limited to gaming, far from it. The gaming industry is simply serving as the first industry brave, or prepared, enough to venture into the world of the non-fungible. The technology and use of NFTs are bound to attract many different industries. Just as with gaming, the adoption of NFT will revolutionize these industries.  Soon you will begin to see NFTs and music, NFTs and medicine, NFTs and real estate. You can find uses for NFTs in entertainment, hospitality, finance, and almost certainly anything.  These industries, sure enough, will be the next ones to claw and climb their way onboard the NFT ship before it sets its sail into the Metaverse, leaving the late adopters and the naysayers behind in the real world.

Quick disclaimer, in this article I simply touch on the outermost layer of the NFT world. It is truly an economy and a world of its own, with much more details and intricacies that go into it than the ones mentioned in this article. The power and validity of an NFT project lies in its founders, its backers, its community, its use case, and its value. NFTs are extremely speculative products and none of the things mentioned in this article should be considered financial advice. This article is simply to put into the context the world of NFTs today, where mass adoption is most likely to occur, and what NFTs have in store for the future.